I was perfectly happy and healthy in 1989

Button Text
I was a happy, healthy 32 year old female when I started working in the local laundry products factory in the fall of 1989. Within a year I had become sensitized to one of the GM enzymes used in the detergents, due to a faulty respirator. I continued to work in that environment despite my sensitivity, being careful to always wear my personal protective equipment. Never the less, over time, I developed occupational asthma. At first I did not notice a difference in symptoms at home vs. work because I also used those laundry products at home and because of it, I was in effect, exposed to the GM enzymes, perfumes and other chemicals 100% of the time.

Due to my long term continuous exposures, eventually I developed bilateral carpal tunnel, rheumatoid arthritis, thyroid problems and fatigue. By November 1999 my blood had become so thick and sticky that I was on the verge of a stoke. My Environmental Doctor advised me to leave work, remove every chemical from my house and wash everything in Borax, baking soda and vinegar a few times to get rid of detergent and perfume residues. By that time, I was extremely sensitive to most chemicals and the constant exposures were causing my stroke-like symptoms.
After following my doctor's advice, I started feeling better at home, but these symptoms reappeared if I was exposed to any of these substances, even in residual quantities.

Since then I have done many treatments to detox contaminants from my system including chelation IVs, depuration saunas, vitamin and mineral therapy etc. I also did a series of NAET treatments that helped me eliminate many of the food allergies I had developed and some of my chemical sensitivities as well.

My employer refused to accommodate me by allowing me to work from home, so in May 2002, my Long Term Disability benefits were terminated, even though I was not capable of returning to any type of gainful employment anywhere. With no income, I could no longer afford eating organically to avoid chemically contaminated food, nor could I buy all the required vitamins and supplements or afford any more of the
detox or NAET treatments that had helped me. As a result my health declined. My biggest problem now is severe fatigue and left-sided weakness to the point of partial paralysis, which is exacerbated after any slight physical activity or an exposure.

Luckily, I did finally win my CPP disability pension in September of 2004. I still didn't have any health care coverage besides OHIP, which covers less and less, nor could I afford very much, but I was able to buy some organic food, vitamins and supplements once again, which resulted in a
slight improvement.

I filed for W.S.I.B. (Worker's Comp) when my LTD was terminated in 2002, but was rejected. My first appeal was also rejected. I hired an attourney and the last submissions to the tribunal were on March 13th, 2012. By October I still had no decision on my appeal. I'm sure the added stress of this case also contributed to my continual health decline. I just wanted it to be over! Winning the case would have allowed me to do more treatments to recover my health.

Of course my battle with W.S.I.B. is not over yet. They say I'm permanently, but only partially disabled by MCS, and they won't cover for any unrecognized treatments, which means anything that actually helps. They won't even pay my travel costs to see my family or environmental doctors. They also only rated my total impairment at 5% for the Non Economic Loss. What an insult!

Meanwhile I use a walker to get around the house and had to install a walk-in-tub in 2014 so I could bathe on my own. In 2015 we bought a Stairlift because going up and down the stairs on my own was no longer safe. In 2016 we bought a mobility scooter so I could get outside for some fresh air. That has been a taste of freedom after being housebound for a couple of years.

I'm getting very close to needing a motorized wheelchair but I continue to push to maintain what mobility I have. I bought a Dual Motion Recumbent Exercise Bike after reading that partial paralysis patients can help regrown new nerves to bypass damaged ones by the circular pedaling motions of hands and feet at the same time. I need to build up to 20 minutes per day. The most I've done so far is 5 minutes, but I'll get there! 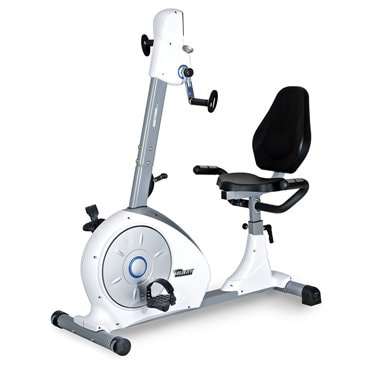 I had 2 root canals removed in the spring of 2014, in hopes that would help my condition. It didn't! Then I worked on removing Biotoxins with CholestrePure. That seems to have worked according my 2nd online Visual Contrast Sensitivity test.

After that I tried Bicom 2000 Bioresonance treatments in Montreal in the fall of 2014, which were also quite helpful. Unfortunately, due to distance, I was renting a room in Montreal each treatment, which became too costly to continue. Instead I bought my own Bioresonance portable treatment device and a Bioresonance based diagnostic device. I will continue to try things out until I find my cure!

In Oct 2016 I got a new diagnosis, probable Progressive MS. I'm convinced this was brought on by chemical exposures. There are connections made to chemicals in scientific studies, but it was hard to find a causal relationship..... at first. Then the floodgates opened!

Organic Solvents as Risk Factor for Autoimmune Diseases: A Systematic Review and Meta-Analysis
http://journals.plos.org/plosone/article?id=10.1371/journal.pone.0051506
This is the 3rd study with these findings. I may be able to challenge my W.S.I.B. decision around my NEL rating and the subsequent additional benefits.